ORDER & SHIP IN THE USA 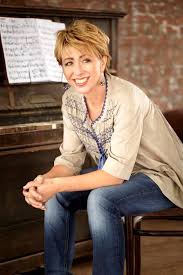 Nikki Iles is the award-winner jazz pianist, composer, who won the 2017 British Jazz Awards for best jazz pianist and is already well-known for her jazz piano publications at Oxford University Press and Faber. She is also a key member of the team at ABRSM.

Piano Tales For Alice, 14 solos and 2 duets, were Inspired by the characters from Alice in Wonderland and Alice Through The Looking-Glass by Lewis Carroll.

We recommend this collection for pianists at Gr.1-3 ABRSM levels.

Tap to read description of the pieces

A CURIOUS DREAM, Grade 3
“The whole thing is a dream,” said Lewis Carroll, “but that I don’t want to be revealed until the end “. Beginning with a rabbit that disappears and reappears, like a magic trick, the story develops by generating a real dream’s mixture of vagueness and vividness. Even words start to blur into each other “Did you say ‘pig’ or ‘fig?’ This piece depicts the beginning of the dream as Alice shrinks and follows the White Rabbit, falling down the hole (at the end of the piece) into Wonderland.

I’M LATE, Grade 3
The White Rabbit is like a decoy – he’s a frantic and anxious creature, consistently running late. Alice follows him down his hole, which leads to an enchanted house and garden. He is the character that guides Alice through Wonderland, although he is much too concerned about himself to really be guiding anyone.

CATERPILLAR BLUE, Grade 2
The cool, blue caterpillar (also known as Russell) is a hookah – a smoking insect who meets Alice after she has been shrunk to a tiny size. He tells Alice how to grow and shrink by eating the magic mushroom upon which he is sitting.

THE CHESHIRE CAT – Grade 2
The Duchess’ grinning cat who stealthily appears and disappears at will. He displays a clearheaded logic and explains Wonderland’s madness to Alice.

THE MAD HATTER, Grade 3
The Hatter is the leader of perpetual teatime. When Alice arrives at the tea party, he switches places on the table at any given time, making short, personal remarks, asking unanswerable riddles and reciting nonsensical poetry.

DORMOUSE, Grade 2
The Dormouse is a mad creature who tells funny tales of three young girls who live in a treacle well, live on treacle and draw pictures of things beginning with M, such as mousetraps, memory and muchness.

TEA DANCE, Grade 3
Imagine the scene at the Mad Hatter’s tea party. All the eccentric characters gather alongside Alice and dance the ‘Tea Dance.’

PINK FLAMINGOS /Duet, pupils part Grade 2
The queen uses living creatures as objects and this piece depicts a sunny day where the characters play a game of croquet using live pink flamingos as mallets and hedgehogs as balls.

THROUGH THE LOOKING-GLASS, Grade 2
This is a strange, back to front world that Alice finds when she steps through the looking glass. Play the piece with a feeling of mystery.

JABBERWOCKY, Grade 2
Alice finds a book written in a strange language. Realising that she is travelling in a back to front world, she recognises it’s written in mirror writing. She holds a mirror to one of the poems and reads the verse of “Jabberwocky”, one of the greatest and most playful nonsense poems written in English. Look at bar 4 and 5 …even the melody is a mirror image!

TIGER-LILY, Grade 2
Leaving a cold, snowy night, Alice finds herself in a warm, sunny garden and meets Tiger-Lily one of the talking flowers, who mistakes Alice for a flower.

TWEEDLEDUM & TWEEDLEDEE, Grade 2
Tweedledum and Tweedledee are two of the characters that Alice’s meets through her travels across the chessboard. They are two little fat men, probably twins in a mirror image of each other and according to the rhyme, agree to fight, but just can’t manage to disagree with each other. Rather they complement each other and in the opening of this piece, you can imagine the funny banter between the two brothers.

CABBAGE & KINGS, Grade 2
“Of shoes and ships and sealing-wax of cabbages and kings …” is a quotation from “The Walrus and the Carpenter“, a narrative poem by Lewis Carroll that appeared in Through the Looking-Glass. The precise meaning of the poem remains elusive, but what is clear are the absurdly comical images and the delightful play of language –nonsense or otherwise.

FANFARE FOR A QUEEN, Grade 1
The book is based on a game of chess, played on a giant chessboard. The looking glass world is divided into sections and in crossing the streams and boarding a train, Alice begins her journey in her quest to reach the 8th row and become Queen.

A BOAT BENEATH A SUNNY SKY, Grade 2
This is the first line of the poem that finishes the book with the first letter of each line spelling Alice’s full name. Alice Pleasance Liddell is the young girl who inspired the book. In this boat, Lewis Carroll first came up with the stories whilst entertaining the Liddell children on the lake.

SONG FOR ALICE / Duet, pupil’s part is Grade 1
Alice is courteous to all, high or low, grand or grotesque, King or Caterpillar. She is shy, curious and ready to accept the wildest impossibilities with all the trust that only dreamers know.